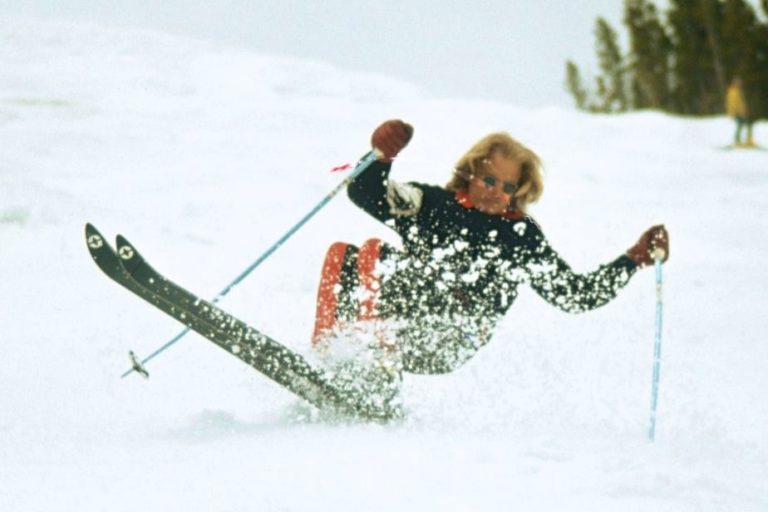 Posted at 13:19h in Narrative by TGodbout 0 Comments
4 Likes
Share

The ecology that allows the ski bum to flourish has always been delicate. In order to survive, the ski bum often is forced to live in communal households with half-crazed roommates (which is better than it sounds) with dubious hygiene (worse than it sounds). In his most primitive state, diet consists largely of free bar food and what nutrients can be culled from uncleared lunch trays.

Improving on these conditions requires working, which interferes with the Primary Mission, to ski as much as humanly possible. There are a few highly prized jobs that require one’s presence only at night, but these are all spoken for by the time you roll into town in the late fall. Eventually you’ll land some sort of service-related employment that will allow you to ski enough to make it all worthwhile.

If being a ski bum were a path to riches, we wouldn’t use the term, “bum.” As a lifestyle, the ski bum paradigm has forever entailed some sacrifice. But market conditions in the resort world are putting the squeeze on this endangered life choice like never before. As the value of real estate – always a limited commodity in mountain communities – continues to soar, few owners or custodians acting on their behalf wish to rent their property long term for a small return and a large fumigation bill when short-term rentals provide a much higher ROI. Even if you’re willing to spend a season sleeping on the floor, there isn’t any available floor space for the likes of you within a 50-mile radius of the resort.

By the way, this isn’t just an issue for the lowest rungs on the employment ladder. The families of business owners, managers and longtime resort employees are also being pressed into relocation into neighboring burgs. With the influx of middle class refugees “down valley,” the itinerant ski bum is forced even further from the playground that provides his main motivation for being in the area in the first, second and third place.

If you think my prattling on about the fate of the ski bum is just another instance of cranky Boomer nostalgia that doesn’t affect you, guess again. It’s already having an impact on the resort world in ways both subtle and glaringly obvious. Among the less visible impacts are those affecting one of the least appreciated and most important resort jobs, the pro patrol. The author polishing his slow-dog noodle on Mach One in Breckenridge, circa 1973, when mogul skis were 200cm and it was possible to live on $2,000/year. Note the swanky, $5 rental poles in handy, pre-bent position.

Sorry kids, but the best patrol men and women are the most experienced, people who can recall weather patterns from decades ago that presented a particular peril to skier safety that are about to slam the mountain again. This knowledge is invaluable and can’t be replicated when the aging patrol member wants to start a family and realizes he can’t do so and feasibly remain in his or her chosen profession. This is what’s known as a lose-lose proposition.

Destroying the eco-system that allows ski bums to survive will manifest itself this winter as ski shops try to hire the needed staff to service the tide of skiers just waiting for the first snowfall to get new gear. A highly non-scientific survey conducted by this observer of the snow scene suggests a nationwide shortfall in qualified employees. Some of the best shops in the nation are going into the season shorthanded.

In case the relevance of this detail should escape you, allow me to draw out the inference.

Buy your boots now. Not in December, not in two weeks, now. Bootfitting takes time. It’s always possible to take shortcuts, but it’s not in your best interest. If your favorite bootfitter takes appointments, make one. If not, go see him now and get in the line that’s probably already forming. If you delay, bring some reading material with you (we humbly suggest a deep dive in the Realskiers.com members’ section or digesting a chapter or two of Snowbird Secrets). Once a ski bum…The author currently maintains his lavish lifestyle by fitting boots at Bobo’s.

As I ponder an epilog for this piece, my unmoored mind bumps into George Bernard Shaw’s famous epigram that “youth is wasted on the young.” I doubt Shaw had skiing in mind when he uttered this remark, but my meta-interpretation was that I should ski my derrière off while I had the strength, flexibility and disregard for personal safety that are among the blessings of youth. I was fortunate to live in a time when it was still possible to take Shaw’s dictum as a challenge by skiing all the time on very little income.

Come to think of it, I still seem to be working hard to disprove Shaw’s axiom, one way or another, but for the rest of mankind, the ski bum lifestyle is threatened to the point of extinction.