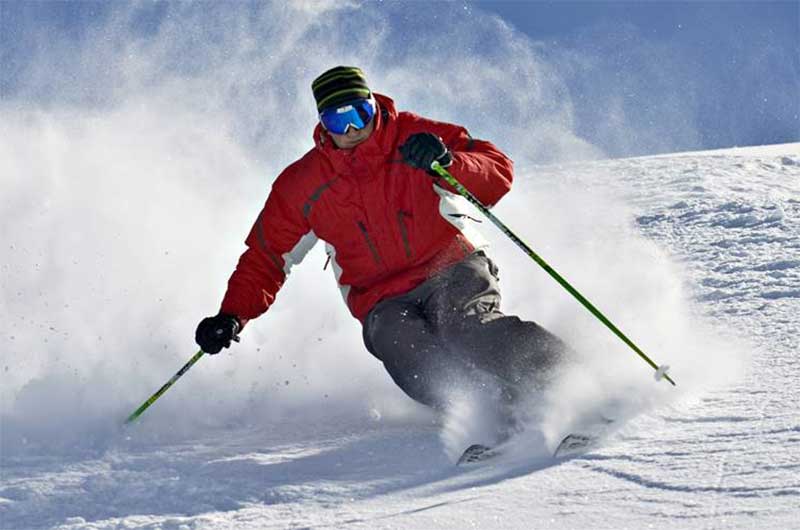 It all began with a completely new technical and physiological approach initiated by Bode Miller in the mid 2000’s, later refined by Ted Ligety around 2010, and arguably mastered more recently by Marcel Hirscher, who as Jon Ahlsen aptly describes, has taken “functional angles” to a point beyond which anyone thought possible. This was driven in part by changes to ski design, but more importantly by an outlying individual in Miller, who much like Roger Bannister did with the 4 minute mile, removed psychological barriers which may have prevented his radical technique from proliferating as quickly as it did.

It took a while, but the last five years has seen this same technical approach filter down to the world of Ski Instructors. There are now no shortage of available frame grabs highlighting Ligety-like positions being achieved by various ski pros from around the world. Whist I definitely think it is an exciting and inspirational time to be involve in elite skiing (we all love to see great skiers with their hip on the snow) it is equally important to determine how new techniques stands up to scrutiny. For example, is integrity maintained when technique is tested by the demands of a race course – a completely objective environment? If the answer turns out to be no, than I believe we have cause to re-examine our methodology. In any case I am quite certain that the next five years will see not only a raising of the bar in this regard, but a clearing of it by more and more eager young ski pros drawing inspiration from recent advancements to on-piste technique by a group of pros including, but not limited to members of Elite Skiing’s “A team”.

Now, if on-piste technique has been driven in a positive direction by alpine ski racing, I would have to say the opposite is true for mogul skiing. World Cup skiers now operate in such a processed environment that it is virtually impossible to map their terrain or technique onto any plausible situation faced by elite skiers of today. I believe that modern day mogul skiing does very little to inspire elite all-rounders the way it did in the early 90s. Sadly, I believe we have some work to do in order to return to an era where greats like Bernd Gruber and Richie Berger, who undoubtedly drew inspiration from the more relatable technique of someone like Jean-Luc Brassard, were skiing to such an exceedingly high standard.  It is for this reason that I applaud Reilly McGlashan and Paul Lorenz’ dedication to pushing the limits in this area – especially when it comes to their involvement in the Japanese competitive circuit – where I believe competitive mogul technique is most relevant to what we should aim at. Way to go boys, keep it up!